The $2 million wonder drug is called Zolgensma. It’s made for infants and kids up to age 2 who have spinal muscular atrophy (SMA).  The rare disease is inherited. The new gene therapy drug can potentially correct it. Gene therapy is at the front of technology innovation. The technology fuels new specialty drugs that come with unchecked, mind boggling, flabbergasting prices.

According to a 2017 study published in the Orphanet Journal of Rare Diseases, SMA 1, which is the most common type of SMA, is found in about 1 in every 10,000 births. The condition is relatively rare.  SMA 1 babies have weak muscle tone and cannot hold up their heads or sit up without assistance.  In SMA, motor neuron cells die. Muscles then become weak, which makes breathing, eating, and moving difficult.  Left untreated, the condition becomes life threatening. According to research, average life may be as short as 2 years.

Given the number of births in the US, about 400-500 babies a year would be potential recipients of this life-saving drug. More, of course, when you consider the worldwide market.

Costs of the Drug for Spinal Muscular Atrophy (SMA)

The new gene therapy drug, Zolgensma, targets the genetic root cause of SMA by replacing the function of the missing or nonworking SMN1[1] gene with a new, working copy of a human SMN gene. Gene therapy of this kind – or likely, any kind – sounds both complicated and expensive. Expensive, indeed.

AveXis, the company that makes the drug, has reportedly priced it at $2,125,000 per patient. Should we be surprised about the price?

Novartis, who acquired AveXis, paid about $8.7 billion for the company last year. Analysts have predicted company sales to exceed $3 billion by 2024.  At a cost of over $2 million for each young patient, the potential revenue to AveXis could be about $850,000,000 per year just in US sales alone. The FDA approved the drug in May. SMA advocates were thrilled, and hoping the European Union would follow suit. AveXis planned on hiring 1000 workers by year’s end.

Novartis will likely get back its investment, and more. Specialty drug sales are growing faster than other types of medications.  Specialty medicines now account for close to half of drug costs, despite being just over 2% of prescription volume (IQVIA Institute for Human Data Science). Apparently, there is no real ceiling on the price of a drug.

A few years ago, I remember being astounded at the price of new drugs to treat hepatitis C. Prices like $1000 per pill, and courses of treatment that would cost $84,000 just for the drug, were astonishing. Such prices apparently are so yesterday. Today’s news is that a one-time medication can cost $2,125,000.

Other Drugs That Cost Over a Half Million $ Dollars

The research team at GoodRx looked into the top 10 most expensive drugs in the US. Behind Zolgensma, were 9 other drugs that cost between $574,000 and $850,000 each for either a full course of treatment, or up to one year. Luxturna – for inherited “retinal dystrophy” that causes  vision loss – was next on the expensive list, another gene therapy drug owned by Novartis.  Luxturna was priced at $425,000 per vial. One would need two vials, one for each eye.

Myalept was on the list, treating a rare condition called generalized lipodystrophy, abnormal fat distribution. Folotyn treats a rare blood cancer, at an annual cost nearing three-quarters of a million dollars. Common threads in the top 10 most costly drugs were often “rare form” of a disease and inherited disorders. Now that we have the human genome mapped, drug development is entirely logical, as precision medicine becomes a reality.

There is great potential in drugs for rare diseases. More than 8000 rare diseases (RDs) are believed to exist worldwide, affecting 6% to 8% of the population. Further, about 80% of RDs are inherited and affect pediatric populations. But given the small numbers for any single rare disease, the clinical studies used in testing the new “orphan” drugs, also have very few participants. One of the studies Zolgensma used to get FDA approval had just 15 participants. Results were based on 12 patients in the successful high-dose group.

How big is a $2 million drug cost?  It is big enough to cover a $600 monthly health insurance premium for about 300 people for a full year.

Even health insurance companies are blanching at Zolgensma’s price. AveXis is willing to allow payment on a 5-year installment plan, at $425,000 per year (more than $35,000 per month). Nonetheless, individual and commercial health insurance premiums will have to increase to cover the new costs. In addition to the specialty drug cost, there are fees for administering the drug via IV (intravenous infusion), plus administrative claims expenses and insurance profit.

The high sticker price incorporates a few situations where the drug might have to be given away.  The company expected a few cases where those who can’t afford the drug, would get it free. Last week, near Boston, just such a case came up. A family with a 2½ year old girl had initially been denied for Zolgensma, but now will get it free through a “compassionate use” program.  (Contrary to the FDA’s approval of the drug for pediatric patients less than the age of 2, AveXis said they’d cover it for the older child. The inconsistency is a little mystifying. However, when considering the optics and politics if coverage is denied, it becomes more understandable.)

Zolgensma has a competitor of sorts – Spinraza, by Biogen, also treats SMA. Last year, the United Kingdom initially decided not to cover that drug, due to it not being cost-effective. At that time, Spinraza’s price in the US was about $750,000, and the UK would have received a discount. The 5 year cost is estimated at about $2,250,000 – $750,000 the first year, and about half that, each year thereafter. It works differently, and ongoing costs may be higher. This year, however, the UK has decided to cover Spinraza. Political activism and clinical evidence were both in play in the final decision.

In the US, there are at least nine SMA advocacy groups. It’s very hard to argue against reversing a bleak future for a baby. Consequently, well-educated disease-advocacy groups are very convincing. They advocate getting solutions to problems they are experiencing. Price is not necessarily their concern or area of expertise. General public sentiment is that health insurance should cover necessary and helpful treatments.

In the UK, an agency called NICE (National Institute for Health and Care Excellence) tries to take politics out of the insurance coverage decision. NICE routinely evaluates cost-effectiveness questions for medical care. But in the United States, we have no such body.  So, the free market reigns. Free markets can be very expensive.

One US nonprofit group did a helpful, in-depth study to evaluate the cost-effectiveness of both Zolgensma and Spinraza. The relatively new research organization is called ICER – Institute for Clinical and Economic Review. They used a $2 million placeholder price for Zolgensma, and a 5-year cost of $2.231 million for Spinraza. They added additional health care costs for administering each drug. ICER then weighed the benefits against the costs, and found that Spinraza was not cost-effective at its current price for any SMA group. For Type 1 SMA patients (up to age 2), ICER concluded that the price for Zolgensma would have to be reduced to under $900,000 in order to meet the quality adjusted life years (QALY) benefits. When they used life expectancy as the only measure of benefits (simple longevity regardless of quality), then the price could be justified “near $1.5 million”. The QALY method is generally regarded more favorably.

Novartis / AveXis set Zolgensma’s price at over $2 million, more than double the recommended price and 42% higher than the maximum calculated by ICER. The gene therapy treatment also has no long-term track record. The drug approval process was fast-tracked.  Downsides that are unknown today, may reveal themselves in the coming years.

That Zolgensma is more cost effective than Spinraza misses the point. Spinraza was overpriced in the first place according to the ICER assessment. In a pointed blog June 18 for Health Affairs, Peter B. Bach, MD took Novartis to task for ignoring standard QALY calculations when pricing the drug. Dr. Bach’s protest is a good, strong voice in an empty, inhospitable wilderness.  Unfortunately, open discussion of healthcare costs in the US has not yet arrived. In the absence of price review, regulation or political pressure, and given the profit incentives from both corporate management and shareholders, the $2.125 million price selected for Zolgensma stands, unchecked.

The bottom line is that specialty drugs will continue to be developed for small populations, rare conditions and inherited disorders for pediatric patients. They will have extraordinarily high prices. The $2 million treatment of today, will soon be $3 million, then $5 million per person. For patients who can’t afford it, coupons and patient assistance programs will grow. So will your health insurance premiums. Traditional medicine spending may go down slightly, which offsets some of the specialty drug price growth. But total drug costs in the US will go up as corporate creativity and the profit motive reign. Get ready. It’s our way of life.

We welcome your comments about rising drug costs and specialty medication prices. (We ask for your email, but do not show it to the public. It will be kept private.) 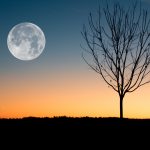 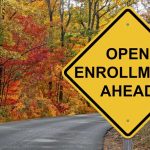