Cost vs. Quality for Health Plans: The First Step is Quality

In 2019, health insurance for a single person in the US private sector cost over $7,000 on average.  Family coverage cost about $20,000.  Annual open enrollment is nearly here for 2020. Now is a good time to gather your research on both cost and quality of your health plan.

Who doesn’t think “cost” when hearing “health insurance”?  And yet, the first thing to check is how well your health plan compares in the ratings. The best place to get fair, standardized, respected ratings is at NCQA, the National Committee for Quality Assurance.  NCQA is a private nonprofit organization that sets standards for quality of care and service that health plans provide to their members.

NCQA rated nearly 450 private sector (commercial) plans, in addition to Medicare and Medicaid plans – more than 1000 in total. The ratings are easy to read, with scores from 1 to 5. About a fourth of the commercial plans received at least 4 stars. In addition to the overall rating, consumers can see the plan’s scores for consumer (member) satisfaction, prevention, and actual treatment.

It’s always interesting to see a plan that scores 4 stars overall, but the consumers give it just 2 stars. Or a plan gets a high overall score, but on treatment, it doesn’t rate very well. Take the plan in Missouri, for example, that gets a 5.0 rating from consumers, but just a 2.0 (lower performance) on prevention and treatment. Wouldn’t you want to know that it scores the lowest possible 1.0 on prenatal and postpartum care? While this same plan scored 3.0 overall, its follow up after hospitalization for mental illness was rated just 2.0.

NCQA shows low ratings in red, and high ratings in green.  It also shows whether the plan is accredited or not. If you have options, the NCQA ratings are a great way to inform yourself.

In some states, consumers might also be able to check complaints on health insurance companies. State sites can be more difficult to navigate, but may offer valuable information.

Premium Cost 2019 for Individuals on the Health Exchanges

The average total premium for a 2019 health plan on the state and federal health exchanges was about $7,130 per year. The cost works out to about $594 per month. This was down about ½ percentage point from 2018.  The vast majority (87%) of people who signed up through one of the exchanges, qualified for the APTC – Advance Premium Tax Credit. For those who qualified, the average tax credit was $514 per month, which would bring the net cost down to about $80 per month for health insurance.

Premium Cost for Employer-Sponsored Plans in 2018

For people who get health plans through their companies, health insurance premiums were in the same range. A Kaiser Family Foundation (KFF) survey studied costs for group plans through employers, including nonfederal governments. Their results showed $7,188 as the average single premium; average family premium cost $20,576. Costs had risen 4% for single coverage, and 5% for family.

Another survey, called MEPS[1] determined the average health insurance cost in 2018 was $6,715 per year for single coverage. This study was a year earlier than the KFF study. Single-plus-one health insurance coverage cost $13,425; family plans cost an average of $19,565. The MEPS data on private sector companies exclude government employees; the last available year is 2018.

According to the National Business Group on Health, large companies are expecting about a 5% increase in their premiums next year. The projection reflects caution. Although companies put plan changes in place to hold costs down, they still typically overestimate costs by about 1 point.

The professional services firm Aon, recently projected a net increase of 3.8% for 2020 in the US. The trend starts with medical costs going up 6.5% in the US. However, by putting cost containment measures in place, the net increase is 3.8%. Aon studied only the employer health benefits that are under their management.

It’s much harder to predict what final rates will be for small businesses and individual plans. The requested rate changes for 2020 are all over the place. Consumers who buy health insurance on the open market, can get some insight by going to the federal exchange site to see what each company requested for rate increases.

In California, rate requests ranged from a 10% reduction to a 20% average increase (rounded) on the individual plan options. The range was a bit smaller for California small group insurance – from 3% reduction to a 17% increase. Contrast that with New York, where rate requests were from 3 to 29% increase on average for individuals. For small groups in New York, requested rates were flat to a 16% average increase.

Every state is different. In Wisconsin, the rate requests for plans serving individuals varied from a 17% rate average plan reduction, to an 8% increase. For small group plans, company rate requests ranged from a 12% average reduction to a 15% average increase. Within a given company, plan products have an even wider range of price changes.

Rate increases are handled by each state insurance commissioner office. It is the state’s job to approve or modify rate changes. Approvals need to happen before the national open enrollment period opens on November 1, 2019.

In the twenty largest metro areas, average single health insurance premiums were between $6,000 and $8,100 in 2018. The cost works out to about $500 to $674 per month. Tampa St. Petersburg Florida, and New York[2] metro areas had the highest cost, in the range of $8,000 a year.  Here are the full rankings, which apply to health plans at private sector businesses:

Employees contributed an average of 21% $1,427 per year toward the single premiums in 2018 according to MEPS data. This works out to $119 per month. Employers covered the rest of the cost. Average employee contribution for employee-plus-one coverage was $3,618 ($302 per month). Employees paid $5,683 per year ($474 per month), on average, for family coverage. Data are from private sector businesses only.

Kaiser Family Foundation did its own research for 2019, which included nonfederal government employees, Their results showed costs were a little lower for single, but higher for family coverage. They found employees contributed an average of 18% of the single premium, about $103 per month. Employees with family coverage paid about 30% of the cost, or $501 per month.

Employee contributions were the highest in the Boston-Cambridge Massachusetts area for single coverage. In the Boston metro area, employees paid more than $150 per month ($1,851 per year). Rounding out the top five cities, Chicago, Phoenix, New York-Newark[3], and Tampa-St. Pete metro area costs were closer to $1,600 per year.  At the other end, metro Seattle came in at $903 a year, less than half of the Boston employee cost. That works out to just over $75 per month for health insurance, the lowest expense for employees. See the chart for the full 20 metro areas:

Another big piece of the cost of health insurance, is deductibles. The average single deductible reached $1,655 for those workers who had one. Almost everyone now has a front-end deductible. According to survey research by the Kaiser Family Foundation, 82% of employees had a deductible in 2019. Deductibles continue to expand faster than the growth in worker wages. More than a fourth of workers (28%) had at least a $2,000 deductible. In small firms, the average deductible is already $2,271. Many small companies offer high deductible health plans with a savings option (HDHP/SO) in order to lower premiums. While the monthly premium cost may be lower, the size of the deductible often goes up. The average single deductible was nearly $3,500 for employees who enrolled in the HDHP/SO at small firms.

Overall, health insurance costs are anticipated to go up, because they almost always do. Even when medical usage goes down, a health plan often just holds prices steady for a year.

One factor that suggests prices will increase more modestly for 2020 is the amount that some insurance companies had to rebate last year. A grand total of $1.3 billion was sent back to customers in 2019 because the insurance premiums were too high, relative to the amount of actual medical claims. More than half of that amount went to people in the Individual Market (rather than group plans), $270 per subscriber, on average.

For planning purposes, a 4 to 5 percent increase over your current costs could be a good starting point. Or add 10 percent to the 2018 city metropolitan averages, to estimate 2020 costs.  But get a sneak preview of the rate requests health insurance companies have asked for on the health exchange website. Remember also, to check quality ratings as well. Low rated plans may bring more aggravation when you’re ill.  That’s a price you may not be willing to pay.

We welcome your opinions about health insurance costs and your health plan. (We ask for your email, but do not show it to the public. It will be kept private.)

[2] The Newark-Jersey City, NJ portion of the NY-NJ metro area had average single premiums of $7,486 in 2018, about $40 less per month than employees in the NY portion.

[3] The Newark-Jersey City, NJ portion of the NY-NJ metro area had average employee contribution of $1,571 to the single premium in 2018, nearly identical to the NY portion. 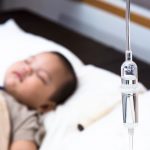 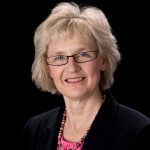