Is the Cost of Healthcare Still a Problem in the US?

The short answer is yes.  According to the latest 2017 Gallup Poll, 78% of Americans are dissatisfied with the total cost of healthcare.  And yet, surprisingly, it was Access to healthcare/health insurance that topped the Nov. 2017 list of most urgent health problems facing this country, named by 24% of those surveyed. The concern with Cost of healthcare (16%) slipped to second place after holding the first place for four years. Coming in as the third most urgent health problem was Drug/ alcohol abuse, most likely influenced by the spike in awareness about opioid use and deaths. Drug and alcohol concern jumped from 3 percent last year to 14% in this year’s poll.  In October, the opioid epidemic was declared a national public health emergency.

With the high concern over costs, it would be nice if consumers could truly price-shop among providers.  For health insurance plans, price-shopping is indeed possible.  The federal health insurance exchange at healthcare.gov provides such a store to compare health plan costs for participating states.  The benefits are standardized and premiums can be found easily in order to compare prices.  The problem with the exchanges (federal or state) from a consumer’s view is that the deductibles are so high, requiring people to take a risk that many are not comfortable taking.  Additionally, Congressional and Presidential support for full coverage has eroded.  Health insurance companies have either pulled out or hiked their rates. Any certainty about long term sustainability has left.  The subsidies are critical to allowing people to find affordable plans. But people are nervous, and their concern with Access was reflected in the poll, at levels similar to 2007 – 2012, before the Affordable Care Act exchanges went into effect.

As for price-shopping other services, such as your doctor’s visit, a lab test, an MRI, an outpatient surgery, maternity and newborn care in a hospital, or a prescription drug, we have made precious little progress in the US.  What is available varies from state to state, and may already be outdated by the time it’s posted.  Consumer Health Ratings will keep working to inform the public about what is available. 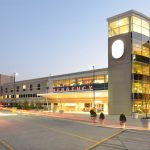 How Good Is My Hospital ER?CHR Blog