Nowhere to run, nowhere to hide.

No relief from the risin’ tide.

Somethin’ in the way of the world has changed,

(From the song River’s Rising by Drew Emmitt)

On Sunday, September 10, 2017, Hurricane Irma hit Florida. Among the places affected, was a privately-owned nursing home, 10 miles south of Fort Lauderdale, called The Rehabilitation Center of Hollywood Hills.  The nursing home lost power briefly in the storm.  While the electricity for the general nursing home systems kept working, separate electrical service to the air conditioning chiller remained out.  Temperatures rose dramatically during subsequent days.  On September 13, residents began to die. As of November 2017, twelve deaths were directly associated with the extreme overheating.  The manner of death was ruled homicide.  Investigation into the event is active and ongoing.

The Hurricane Irma-related tragedy at the Rehabilitation Center at Hollywood Hills, Florida that ultimately resulted in twelve deaths classified as homicide, is more than troubling.  As the River’s Rising song lyrics say, “the world has changed, broken apart and rearranged” for the families, friends and staff who cared for the now-deceased nursing home residents at Hollywood Hills.

Finger-pointing went instantly to the owners of the for-profit nursing home, and likely that’s where the courts will find the guilt and final accountability.  Initially, while outraged, I thought there might be some reason to withhold quick judgment blaming those on the frontlines.  I had read Five Days at Memorial awhile back, Sheri Fink’s book about the Hurricane Katrina disaster.  The book recalls the details of an emotional, desperate (and ultimately broken) effort to save all the patients when help never comes and you’re left to your own wits.  I wasn’t there; I wasn’t faced with the choices; I don’t know who advocated for what, and how skilled the leadership was or wasn’t.  I was willing to let the legal system sort out who’s at fault.

The state issued an immediate temporary moratorium on any new admissions the same day it was notified of the deaths.  While official, the act changed little.  The nursing home had already stopped taking new residents as of the day before.  The state and nursing home traded accusations.  The general public was horrified, and families and friends of the deceased expressed their anger and sadness.  The power company was nearly silent as it went about restoring power to the millions still out of electricity.  The facts were beginning to emerge, although clarity was not yet achieved.

In my mind, any thoughts about giving the nursing home even a shred of benefit of the doubt evaporated when the state pulled the license for the nursing home.  The emergency suspension order followed just a week behind the moratorium on admissions.  During that time, eight residents had already died, and the nursing home had been fully evacuated.  The state’s order cited three failures in suspending the license of Hollywood Hills:

The first two claims already had been apparent and supported by news media reports.

What was more convincing and compelling, was the record of findings contained in paragraph/section 12.  Paragraph 12 covered nearly seven pages in the suspension order.  A brief description of each of the expired residents addressed their age and frailties.  It then went on to review the record of temperatures from the resident’s medical record.

The most shocking and appalling evidence, was the number of “late entries” into the nursing notes.  Such late entries were not even believable, as they documented care times that were impossible because the resident had already died or been transferred to the hospital across the street.  Or they weren’t believable because they seemed to suggest that residents were fine with an oft-written temperature of 97 as the last documented vital sign until their crisis in the early morning hours of Sept. 13.  AHCA documented that four residents arrived at the hospital with temperatures between 107 and 109.9.  The state noted “Respondent’s records are replete with late entries.”

Nursing staff are trained to be accurate, thorough and timely.  Quality staff, with quality leadership, do not falsify medical records under any circumstances.  In addition to the tragic deaths, it was clear to the state that such a nursing home could not be permitted to operate.  Lock the door, find the owner, and examine how such a business was ever able to operate in the first place.

Or perhaps we should evaluate a larger picture.  Dig a little deeper.  Find Ticket #4301. 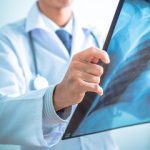 Outpatient Imaging: What Does It Cost?CHR Blog