In the early days after September 13, the Hollywood Hills nursing home, through its corporate parent provided a timeline of their actions related to Hurricane Irma.  (The timeline was updated in mid-November).  From 3pm Sunday when the power to the air conditioning chiller went out, through Tuesday, the nursing home was in regular contact with Florida Power & Light (FPL) to get the power back to the air conditioning.  The focus was on a second dedicated line for the chiller, that relied on a separate power company transformer that wasn’t working.  Ticket #4301 was generated Sunday afternoon at 3:41p.

Initially, the nursing home implied FPL promised four times to come – starting with Monday morning, then Monday afternoon, then Tuesday morning, then Tuesday afternoon.  The facts still need to be sorted out.  The staff reportedly relied on these promises and scrambled to stave off catastrophe with spot coolers and fans, making purchases and getting extra coolers from the hospital across the street.  Federal regulations required temperatures to not exceed 81 degrees.  Staff worked to meet those standards.

Apparently, it worked for a day or more.

Still, the nursing home knew the main problem needed to be fixed.  By late Monday afternoon, there had been no remediation from the power company.  The CEO, Natasha, of the adjacent sister facility – Larkin Behavioral Health Services – called the Governor’s cell phone on behalf of Hollywood Hills.  He had given his number out to facility leaders ahead of the storm, implying – If you’ve tried everything you can, call me; we’ll intervene to get you the action your facilities need. The CEO left a message and proceeded to call another Emergency number in Tallahassee.  She was assured the matter would be escalated, although four hours later, there was still no resolution.

The temporary portable coolers and fans would not be successful for long, since the coolers were venting the hot air into the ceiling instead of to the outside.  There was no way that such a tactic would be successful for a sustained length of time.

A second call was made to the Governor’s phone, this time from Jorge the nursing home administrator.  He too left a voice message and followed it up with a text.

They kept calling the Emergency Center or Governor’s office, and kept working to get more spot chillers.  By Tuesday afternoon, the battle was probably lost, as visitors reported excessive temperatures inside the facility.  After lunch on Tuesday, more fans were purchased, and a mass email went out to the whole Broward coalition to find some more equipment to cool the place down.

Leadership’s flawed dual strategy of getting the Governor’s help, and trying to restore or create a new cooling system endured.  It might not be considered uncommon to lack a viable back-up alternative when the primary back-up plan fails to deliver.  Organizations sometimes keep going down the same path with the same horrible results.  But in this case, the decision had deadly consequences.

There was a slight augmentation of the cool-it-down strategy, when the Corporate CFO got in the mix of leaders Tuesday afternoon.  He asked about finding a generator to power the air conditioning chiller.  The corporate office tasked both the facility CEO and the chief engineer, James, with following up with FPL and the Governor’s hotline, as well as assessing whether a generator could be put in place quickly.  Within a couple hours, the generator strategy was scrapped as being unworkable for technical reasons.

At that point, the corporate office made its own call to the Governor’s hotline.  They found the phone line was turned off.  It was Tuesday at 4pm, about 48 hours after Ticket #4301 was generated.

There was only one strategy left: the Evacuation Strategy.  It is always included in nursing home emergency plans, and Hollywood Hills was no exception.  Their emergency plan referenced agreements in place with Willow Manor, Golfcrest Nursing Home, Sunrise Health and Rehabilitation Center, and perhaps others.  Yet the timeline does not address discussions or calls made to begin evacuation.  We know very little about the nursing home’s consideration to evacuate the residents.

How is it possible that residents were not ready for potential evacuation, such that some residents were transferred without their dentures and a change of clothes?

Even after five deaths in rapid succession in the wee hours of Wednesday morning, the facility Director of Nursing Maria, contacted at 6am, only recommended moving second floor residents to the first floor.  She didn’t order evacuation.  What were the mitigating factors?  When she left the facility Monday afternoon, had she been working the floor for 48 hours straight or longer? Was she suffering sleep deprivation?  Had she arranged for quality nursing management in her absence?  Was she somehow painfully aware of the research that shows evacuation itself can be more stressful and dangerous than sheltering in place?

Research published February 2012 in the Journal of the American Medical Directors Association found that nursing home evacuation led to more deaths and hospitalizations compared to residents who sheltered in place.  Examining four hurricanes and 36,000 residents, they compared to non-hurricane years.  Mortality rates (deaths) increased a minimum of 2.7% (Hurricane Gustav) up to 5.4% (Katrina) as a function of evacuation.  Hospitalization rates within 90 days also increased 8.3% with Katrina.

Perhaps the Director of Nursing (DON) was relying on medical assessments of each resident’s condition.  Physician assistant (PA) Brian had rounded on all the residents Tuesday evening.  Finishing by 9:30pm, he must not have sounded the alarm to say – in the next 12 hours, we could have a number of people who aren’t going to make it. The administrator was still in-house after the PA finished his rounds.

Conditions often change, and as they did, the senior person onsite (nurse supervisor, RN Serge) should have been empowered to make, or at least recommend, the critical decision to evacuate during an emergency.  If not, the CEO had designated James, the Director of Engineering to be in charge of operations during an emergency. The evacuation decision authority, itself, in the approved plan went to the nursing home administrator (or his designee), or to the government Fire Marshall.

Thus, the definitive, tide-turning assessment was left to the Fire Chief.  With the unexpected death of a second-floor resident, after two emergency transfers to the hospital, paramedics and rescue personnel were very concerned.  They could assess conditions in the nursing home, too, that appeared to contribute to deterioration of health.  They were vocal.  So vocal that a nursing assistant called the DON to say they were about to be reported to DCF (Department of Children and Families).  Before the director of nursing and administrator could get there, patients were being moved outside.  The evacuation began at 6:30am Wednesday morning, about 2 ½ days after the power went out. The emergency plan called for residents to be moved within 60 minutes in the event of an extended evacuation.

While initially reported that a hospital nurse from Memorial Regional (across the street), called for removing the residents, she technically would have had no authority to order an evacuation, beyond moral authority and good judgment.  News reports suggest that the outside nurse came to enter the nursing home after receiving the series of residents in the emergency department.  Further details are still a mystery.

Ultimately fourteen residents died from September 13 through subsequent weeks after Hurricane Irma.  Following investigation, the Broward County Medical Examiner’s office ruled that the manner of death for 12 was homicide.  The cause of death was attributed to environmental heat exposure.  Ten of the 12 lived on the second floor of the facility. 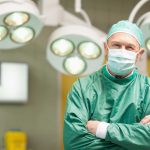