How Much Does an ER Visit Cost?

Vermont is one of the few states that publicly reports the base price for an ER visit.  With just fourteen hospitals in the state, consumers can see on one page, how hospital Emergency Departments compare on price.  The basic 2018 hospital charge averaged $328 for a nonurgent lowest Level 1 visit, to $1769 for the highest severity Level 5.  This price covers only the base charge for the facility and doctor.  If you need a lab test, an x-ray, an MRI, some fluids, something sewn up, or a major life-saving effort, each of these procedures is added to the base price.  Nationally, almost 3/4 of ER visits resulted in at least a blood test, an x ray or imaging test, a urinalysis, an EKG, an IV, or some kind of test (2015 data). It is very easy and quick to generate a bill well into the thousands of dollars.

How likely is it that you’ll have a trip to the Emergency Department?  Perhaps more likely than you think.  CDC reported that 17.5% of kids and 19.4% of adults age 18 and up had at least one ER visit in 2016.  The age-related rates of ER usage were highest for people age 75-plus, and for the 18 to 24-year-old group.  More than 1/3 of Native American children visited an ER in 2016; as did over 1/4 of Black American adults and nearly 30% of adults living below poverty level. So, facing a potential bill into the thousands, you only want to use the ER if you need that level of help and urgency. The best alternative may be to consider using an Urgent Care Center, or calling your doctor’s office to see a provider who has an open appointment slot.  Your wallet may thank you. 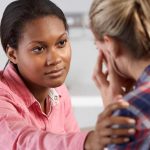 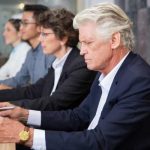 Hacienda Board of Directors: Time to Leave?CHR Blog