Medicare Hospital Fund Runs Out in 2026 – Or Sooner

The future of Medicare is still in jeopardy. The hospital fund, known as Part A Medicare, will be depleted by 2026 according to a new report. The annual Medicare Board of Trustees sent its 2020 report to Congress yesterday. The outlook was about the same as the last two years. But due to timing, the negative effects of the coronavirus pandemic weren’t factored in. So, the picture might actually be worse. Under a high-cost scenario, or high losses from the pandemic, the fund might run out sooner.

The hospital fund within Medicare took in $322.5 Billion, but spent $328.3B. Anyone who has a checking account knows that plan doesn’t work very well.  The loss was almost $6 billion. In addition to the hospital cost per beneficiary going up 3.5%, the number of people covered by Medicare also increased by over 1 million. Furthermore, revenues (especially payroll taxes) didn’t keep pace with the cost increases.

Medicare is near and dear to most people. A survey by AARP found that nearly every adult (regardless of party affiliation) believes Medicare is important to people’s health in retirement. But not everyone is confident that Medicare will be there for them throughout retirement. Just over half (54%) were somewhat or very confident Medicare will be around in the very long term. And no wonder. For the past decade, Medicare has issued annual warnings that the Hospital fund was in immediate danger of being depleted. Medicare’s 2007 report estimated the Hospital fund would be exhausted by 2019. Luckily, financial patches were made, and quality of hospital care was improved, but the fund is still not stable long-term.

The 2020 Medicare Trustees report projects the Part A Hospital fund will run out of funds in just six years. Part A is important because it covers inpatient hospitalizations, skilled nursing care for rehabilitation, hospice, and some home health care. It also provided about $119 billion in funds for the Medicare Advantage health plans (Part C) last year.

After a Medicare Warning, What’s Next?

Required changes are significant.  The 2020 report notes that for the Hospital trust fund to remain solvent throughout the 75-year projection period, the standard 2.90 percent payroll tax could be immediately increased to 3.66%. Curiously, that is a lower increase than suggested last year. A second option is to reduce payments to hospitals and nursing homes by 16 percent. (Last year, a 19% reduction in expenditures was calculated.) Neither sounds attractive.  A “high-cost” scenario was also explored in the report. It showed that the Medicare hospital Trust Fund could run out in 2023, just three short years away. As a reminder, the high-cost scenario is WITHOUT the impact of the COVID-19 coronavirus pandemic. The recent unemployment and subsequent lower payroll taxes will hurt the immediate revenues supporting the hospital fund. In addition, the potential added costs of ICU stays for elderly COVID patients could exacerbate the solvency problem.

“You could increase the payroll tax to 3.66% or
cut payments to hospitals and nursing homes by 16%”

As in past years, US Treasury Secretary Steven Mnuchin tried to calm fears and reassure the public that Medicare is secure. Given the pervasive and passionate public support for Medicare, such reassurance is reasonable. Mnuchin went on to say, “The Medicare Hospital Insurance program is on track to meet its obligations to beneficiaries until 2026, the same as reported last year.”  True statement. But now we have one less year to fix it. Medicare’s hospital program will be completely bankrupt in six years or sooner with the pandemic. The 2020 report explains that the hospital fund is already losing money (estimated at $5.8 billion loss for 2019). The loss for 2020 is expected to be $9.2 billion. By 2022, losses mount to $23B and skyrocket until the fund’s demise in 2026. The government can meet its obligations to about 2025, but after that, it reneges on its promises.

1. Be as healthy as you can be, regardless of age.

The biggest drivers of healthcare costs are illness and injury. It is well-known that poor diet and lack of physical activity contribute to many chronic illnesses, disability, and early death. Consumers can apply self-discipline to better eating and greater exercise, consistent with their income and neighborhood. Eat your fruits and vegetables. Exercise five times a week for a half-hour each. Plus, do muscle-strengthening exercises at least twice a week. CDC reports that exercising has improved in people age 65-plus between 2016 and 2018. Still, only 16.4% of people ages 65 to 74, and only 10.2% ages 75-plus met both leisure time physical activity guidelines for aerobic and muscle-strengthening. We know we can do better. Help save Medicare by your personal actions and choices.

According to the Kaiser Health Tracking Poll published in February of 2020, healthcare was one of the top two issues that people say are the most important in the 2020 Presidential election. Health care was the top priority, cited by 26%. The economy came in a close second, mentioned by 23% of people. Democrats and Independents listed health care on top. Republican voters favored the economy (35% cited it as their top issue). For Republicans, healthcare was their 4th top issue (cited by 12%), behind immigration (#2) and foreign policy/national security (#3). With the Medicare fund warning, it’s important to ask our elected leaders to use their knowledge, compassion, and courage to fix the problem. One of the challenges in the past, is that any funds taken out of Medicare, often are tacked on to the prices that private health insurance plans must pay. And that can drive hikes in what everyone pays for in monthly premiums, even those too young to be on Medicare. Everyone has a stake in this fight.

Share on FacebookShare on TwitterShare on LinkedinShare on Reddit
cost of healthcare in US, healthcare policy, Medicare, When does Medicare fund dry up
Recommended Posts
Comments 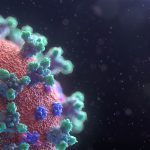 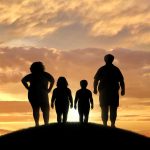